The following contribution is from another author.

Have you ever wanted to know more about the gender split in modern theatre? If so, you’re not alone. Many thousands of equality activists from all over the world are seeking to redress the balance and ensure that women are more represented in theatres going forward.

Broadway is currently center stage (no pun intended) in the fight for greater equality between the genders. Recently, researchers have collected data on the representation of women both on and off stage.

The results are staggering.

For instance, did you know that 32 percent of onstage characters in the 37 new shows premiered in 2017-2018 were women, compared to 61 percent men?

What about the number of male writers compared to female writers? Data suggest that more than 85 percent of writers are male, with just two percent genderqueer.

Women, however, have made massive contributions to Broadway and theatre in general. Without their involvement, the modern theatre wouldn’t be the success story that it is today.

The following infographic paints an interesting picture. While it highlights the success of women on the big stage, it also reminds us that show business is yet to achieve full gender equality, particularly in the realm of writing and direction.

The situation on Broadway stands in stark contrast to the gender equality you find in the rest of the country. Broadway is surprisingly male-dominated compared to theatres in San Francisco.

Will we see full equality across the board in the future? Only time will tell. Meanwhile, check out the following stats: 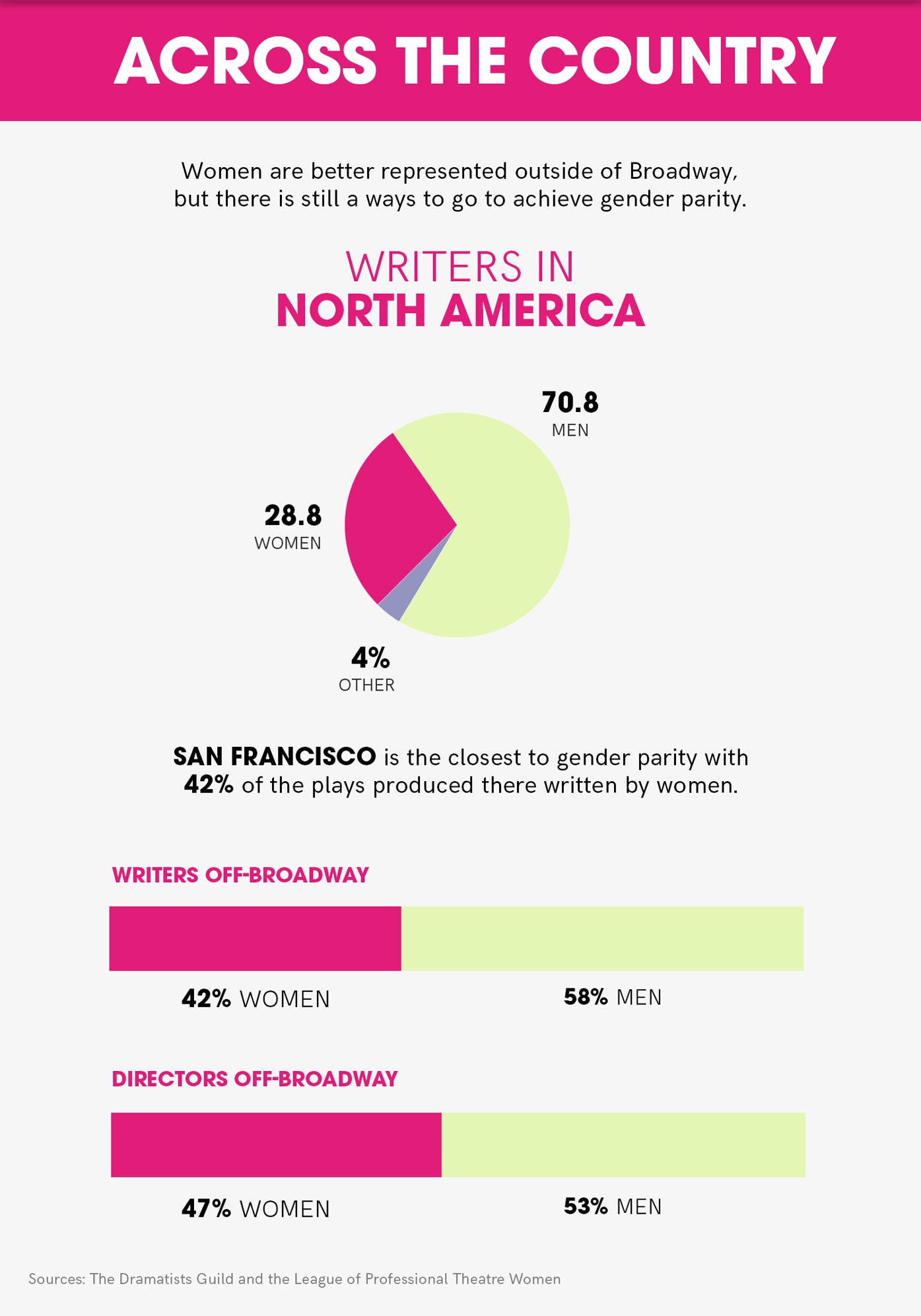 View all posts by Eric Murrell →
Eric is the creator of At Home in the Future and has been a passionate fan of the future since he was seven. He's a web developer by trade, and serves as the Director of Communication and Technology for a large church in Nashville, TN (where he and his family are building a high tech home in the woods).

At Home in the Future is a smart home and technology blog. Join us on our journey to find the perfect solutions to make our home safer, more organized, and a better place to live.

No images found!
Try some other hashtag or username